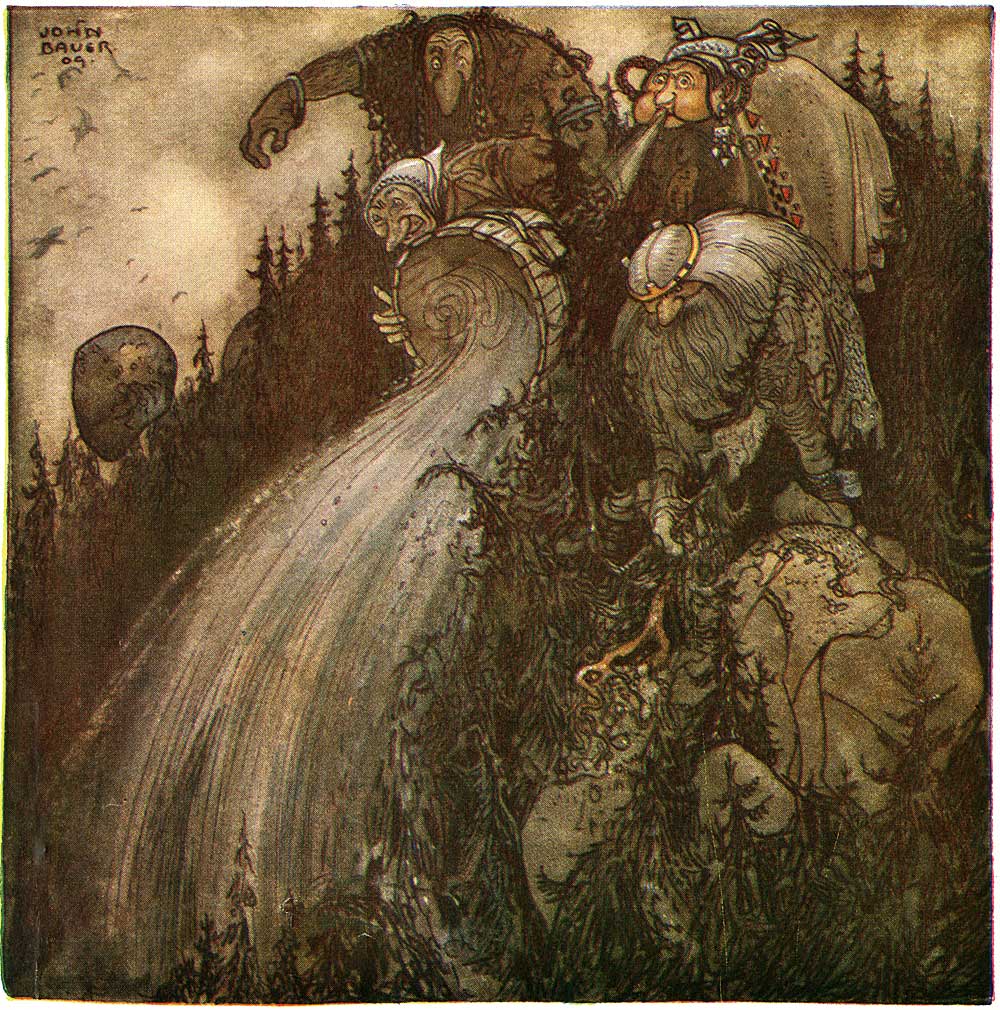 “What is Druidry?” is probably the most common response for people when they hear the term. The funny thing is, if you ask ten practitioners of it, you’ll walk away with eleven definitions. There is no umbrella definition that quite covers it but I will do my best to give you a ballpark idea.

When people hear the term “Druid”, one of two images tends to pop up. One is a Merlin-esque elder doing strange rites among standing stones during a foggy night. The other is more in line with an eco-hippie who often samples “The Green” among other substances. While at some point this may have been correct for a specific individual here and there, I would like to delve into both the historical and modern context as well as my own take upon the term.

Let’s first start with the historical aspects. Druids were the main priestly class of the Celtic peoples of west-central Europe and the British Isles. The exact role Druids played in Celtic culture is somewhat debated and may have varied based on the various subcultures such as the Gauls, Gaels, Brytons, Scots, and Whelsh just to name a few. The commonly accepted version of “Druid” was an initiatory priestly class who aided in carrying on Celtic oral tradition and lead the community in spiritual rites and holidays. From here some sources claim that they could have either been advisors to leaders, bestowers of leadership and sovereignty, philosophers, users of mystical arts, or even as judges in legal matters. As we piece together these ancient cultures, we can only hope to discover the truth. Before I continue, I must stress that there is no such thing as a living Druid lineage in the modern era. Between Roman invasion and Christian conversion, druidic spirituality was no longer a living practice. Some theorize that a few of the remaining druids became monks in the Catholic church in a last bid to preserve their ways, even if it was with a Christian veneer. I will let you draw your own conclusions on that one.

Now we move on to the modern context and here is where the water gets much murkier. Druidry, along with other “Occult Traditions” saw a boom within the last three centuries. Secret societies with varying philosophies and practices popped up, mostly among the aristocratic and gentry classes of Europe and the Americas. As such, many varying versions of “Druidic” practice formed and would be a wild goose chase to try and give you even a brief account of all of them. In the 1900’s you saw all these esoteric versions start to boil down and consolidate as pagan revivals shifted from the backrooms of white-collar practitioners to something an average person could gain access to. Many versions of Druidry at this point tended to focus on “Green Magick” or “Green Mysticism”. These ideologies hold that the primary way to do metaphysical workings (Spells, curses, charms, etc.) was not through some nebulous force or eldritch entity but through nature, which is accessible to everybody. Why ask some angel or demon for help when all you need is the soil under your feet, the trees around you, and the clouds overhead?

At this point, I will talk about the two main organizations I am aware of for education in and practice of Druidry that are still around, more may exist but I am not privy to them. One is OBOD (Order of Bards, Ovates, and Druids) and the other is ADF (Ar nDraiocht  Fein). Fair warning, I am somewhat biased to ADF as that is where I got my start in not only Druidry but general polytheism. I only have second-hand information on OBOD so I will be brief. If you are familiar with Golden Dawn, Wicca, and Hermetic principals, OBOD practice will ring a few bells. Check the site out yourself to gauge how informational they are. ADF focuses on open/public ritual, which basically means that besides a few members of “Clergy” who are there to conduct it, anybody who shows up can participate if they choose. ADF has also managed to put together a nationally organized temple system with basics of standard practice. Regionally, there are groves which are hubs of the druid community in the area that do rituals and classes. The “Mother Grove” is the overarching organizational body of the group that sees to organizing groves and oversees their training programs. They try to stick to scholarly work to inform their practice but are not strictly reconstructionist (aka practice EXACTLY as the ancient practitioners did).

Now I will get into my own personal brand of Druidry. This is not the Gospel Truth or anything. I openly admit that my way of seeing and doing things will not jive with everybody and I am okay with that so long as others are respectful of my path. Besides our normal waking world, there are two that are coterminous and open to our perception if we are open to them, the Upperworld and the Underworld, each having an internal twin within us. There are no words known to man to accurately describe either but I will try but I can tell this bears scant resemblance to the Heaven and Hell of Christian doctrine. The Upperworld is home to many ethereal or sky deities (Aesir or Olympians for example), luminous beings, and Ascended Masters (Those souls who had achieved some form of enlightenment). The internal version is the Superconscious, otherwise known as the soul, that is the seat of morality, judgment, and many other things that have been called virtues in the past. The Underworld is home to Chthonic deities (Often relating to death and some to fertility), spirits of the dead who await or are resting from reincarnation, and beings more alien to our understanding. Internally, this is the subconscious, the seat of instinct, raw emotion, and hidden things. Where these two meet is our Middleworld. The middle world has local entities versus the broader upper/under deities. Think “Goddess of this specific river” not a “Goddess of Rivers”. This is internally or normal, conscious mode of operation. If you cut off or over-emphasize either the upper or the under, you will see negative effects in the middle so balance is recommended.

Finally, The role of a Druid is to know how to balance the two to sustain the third and know when to use which to achieve a result. From here, leading the public or being more private, focusing on the metaphysical or just “Living the message”, even which culture to pull from for practice is up to each individual Druid.

With that, I will close for now and thank you for reading!