Traditionally Lammas or Lughnassad are celebrations of the beginning of harvest. In Norse paganism there is a correlation to the holiday Freyfaxi or Freyr’s Feast, similarly associated with the fertility of the earth and its bounty.

For those of us walking the Rökkatru path, however, Freyfaxi isn’t quite our flavor. We may want to celebrate Lammas/Lughnassad, but how can we celebrate this traditionally Anglo-Saxon/Celtic holiday in a way which honors our particular path?

My initial thought was to honor deities of death during this season of reaping—Hela who gathers the dead or Skadi who fells her prey. But, though it may seem a bit cliché, I couldn’t help but think that Samhain, the final of the harvest festivals and the holiday most directly and clearly associated with death and the dead, is a more appropriate holiday to honor Hela. Meanwhile Skadi is a distinctly winter goddess.

One important aspect of Lammas which underlies the celebration of the beginning harvest is the fertility of the earth itself, something often associated with mother goddesses. When thinking of mother goddesses within Rökkatru or who align with Rökkatru, two primary deities come to mind:

Jord is a jötunn woman who embodies the earth. She is the mother of Thor and is referred to in Gylfaginning as the daughter of Nótt and Anarr. Because she plays no role in the myths and we have no surviving lore about her outside of these tiny scraps, some scholars think she likely wasn’t honored or considered literal and personified in her own right. As is written over at Norse Mythology for Smart People, “’Earth’ here seems to be more of a general concept than a discrete figure.” (1) These are the only hard facts that we know about her. Anything else is conjecture or unverified personal gnosis/peer verified personal gnosis. 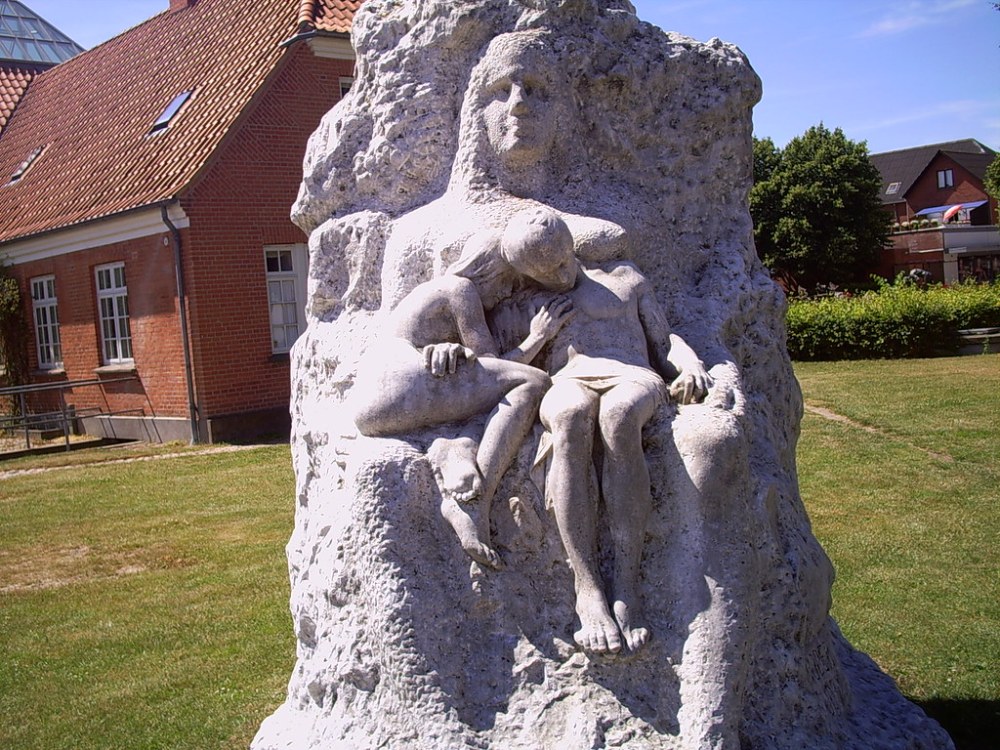 Because there isn’t much known about Jord, and because she could well have been considered a general concept rather than a specific entity (though as a hard-core animist I would argue that even “Earth” as a general idea or concept still has a spirit to be honored) we have a lot of room to get creative in how to honor her. There are many symbolic associations which already exist to draw from in creating a small Lammas blót in honor of Jord: salt is often associated with earth, as in “salt of the earth,” as are the colors green, brown, black, and yellow.

A small blót for Jord on Lammas can be quite simple—with as much or as little extravagance as you desire, you can set up a ritual place incorporating earth symbolism picked up from other places or that is personal to you to create a space in which to make an offering. If you are lucky enough to have the space put offerings directly on the earth, fantastic! Given the spirit of the season, if you are able to get yours hands on a sheath of wheat, or even just a few stalks, giving this to the earth as well as sliced apples and a healthy pour of wine or mead would make a perfect offering to Jord this Lammas.

In honoring the fertility of mother deities during this season of harvest and plenty, now would also be a prime opportunity to honor the mother aspect of Angrboda.

The Unlucky Family featuring Angrboda, Loki, and their children by Hellanim

Though she is most often known as a dangerous feminine figure, associated with prophecy, witchcraft, and wolves, she is a notably fertile figure in the Jotunheim: by Loki she is the mother of Fenrir, Jormungandr, and Hela. In many ways she is the mother of the Rökkatru pantheon, so honoring the wild and unbridled fertility of the Mother of Monsters on this day celebrating fertility seems only fitting.

Given that Angrboda is such a prominent, important figure among the Rökkr, a larger or more focused ritual in her honor seems worth investing the time and energy in. Offerings to her on this day don’t necessarily need to be so different from those offered to Jord—in the spirit of the season a sheath of wheat, apples (perhaps spiced and baked or otherwise prepared and endowed with your focus and energy), and wine, beer, or mead are suitable offerings. In addition, however, meat is always a worthy offering for Angrboda of the Wolves.

Lammas is a time for doing astrology, and because Angrboda is a goddess associated with prophecy (often the völva in Voluspa is believed to be Angrboda) this could be something that you work into a ritual for Her on this day. Feasibly astrology could be used as a framework for designing a ritual for Angrboda—offerings could be made, candles or a fire lit in her honor, her names ritually spoken, perhaps even a divination session could be held. Whatever shape your ritual takes is up to you, but in my experience with Angrboda it is good to make sure you are being deliberate, thoughtful, reflective, and checking your baggage at the door.

I would be delighted to hear of any Rökkatru rituals any of you lovelies undertake this season! Feel free to let me know in the comments if you have any alternate ideas about how to celebrate this holiday in an especially Rökkatru fashion, or any alterations or inspirations you may have based on the ideas shared here.

And most importantly, have a blessed Lammas.